Survive and kill as many ghosts as you can! But be careful! There are ghosts which you can only see if you put down the right shade of grey. Enjoy!

Oh,it's a funny idea,I like it.But the ghost could fast kill me before I really put the light source,It's hard to expert for kill them.Not too complex game rules and good design for try it over and over again :)

Thanks for playing! It makes me really happy to see you provide good feedback! Since this was a game jam game, I was struggling to put everything together XD. I only started making this game 2 days before the deadline, so I panicked really hard HAHAHAHAHAHA. Yeah! I definitely agree with you! I think that different weapons would make this game more interesting. A radar would be cool too. I'm not sure if I will update this game anymore though but perhaps in the future I will make "Three Shades of Grey 2" and you would see your name in the credits ;).  But anyway, thank you so much for the feedback!

I liked this game so much! Very simple and challenging at the same time. I tried to follow the same principle for my game, but you did it way better!

It’s nice to see more awesome games like this made with Godot. Maybe you could make a Linux build, so I can easily revisit this game from time to time?

First of all, thanks so much for playing my game! I'm happy you enjoyed it :^) I didn't have a build for Linux because I didn't at the time have the means to test it. I could have easily exported it for Linux but I really wanted to test it before releasing it :(  Perhaps I could export a Linux build in Godot and you can test it for me if it runs well and the same as the web version? I'm assuming you're running on Linux :P

I played your game too and I can see how our games are similar :P I was able to beat your game :D I'll post my thought about it on your game's page :P

Anyway, thank you VERY MUCH for playing my game :D

Of course, I will test your game on Linux! And you can add me in Steam if you don’t want to drop the link to the test build here.

I actually figured out a strategy for your game too. I just always stay in the center of the bright and dim light that I drop below my feet and discard the dark light by throwing it at the edge of the screen. It’s the only way to be always aware of the invisible ghosts and you can already see other ghosts before they enter the circle.

Still, even with this strategy your game is difficult, since it’s hard to hit the ghosts at such short distance. And I need to time discarding right or the ghosts will get me. :-D

Thank you for playing my game! I replied to your comment there too.

I updated the game with a Linux build! Can you check it out for me? :D

Good news! It works flawlessly for me!

Now I will be able to fight ghosts without internet connection and without Wine. :-)

I really liked the concept of it🤯🤯. But it's a little bit hard at first lol,,, i hope it get extra popularity it's awesome. It would be awesome if it indecates when there is  a ghost near by such that  the player know when to shoot a light.

Thanks for the feedback! I'll take note of that :D

I'll play and post feedback on your game's page after I play it ;)

Awesome game!! I found it to be quite hard in the initial runs to hit the ghosts. Maybe slow them down in the first 30 seconds or so. I love the idea with the differently shaded ghosts. It added a unique challenge that made kept me on my toes and made every run a little scary.

Thanks for the feedback! I didn't think of slowing them down for the first 30 seconds but that's a good idea! I'll take note of it! :P

Congratulations for taking the #4 spot today on my channel! This game is great! I can't wait to see more from you in the future, and great job!

OMG. THANKS! This means a lot to me! I've never been featured before and WOW. The boost in motivation I'm currently feeling from you is TREMENDOUS. I'll definitely keep making more games and strive to keep improving them! Thank you so much for this! 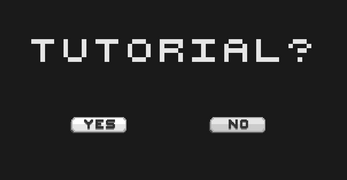